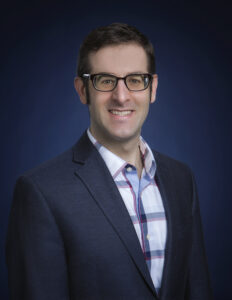 Kyle Handley, assistant professor of business economics and public policy at the Ross School of Business, is an expert on how trade policy, geography and uncertainty affect firms.

Q: What do we know about Brexit based on your research about how it’s impacting trade before the break even happens?

HANDLEY: What the research we’ve done shows is that exporters and firms in the United Kingdom and European Union do respond to changes in the likelihood of Brexit. They respond to how bad the worst case could be. What that tells us is there is this ongoing uncertainty about whether they’ll be able to come up with a deal by March 29, 2019. Firms are responding to this right now. The uncertainty about what kind of trade policy regime they’ll be in actually matters and is changing the decisions firms are making as we speak.

Q: What do you think could be resolved in 2019 with Brexit?

HANDLEY: I think they will come up with some kind of deal because both Theresa May and the government in the U.K. want to kind of close on something. It may not be perfect. But it will be better than the potential chaos that will ensue if they have nothing. What the U.K. and EU have right now is sort of a threat point. We’re always in this environment where we take everything up to the brink, and then we work it out. Businesses don’t like that. They don’t like brinkmanship. It’s not going to be very good for the economy if we continue to extend this and end up in a perpetual Brexit situation.

Q: How did we get to this point?

HANDLEY: I think what happened in the United Kingdom is very similar to what’s been going on in the United States. So after the financial crisis, employment responded fairly slowly. People were upset with not having jobs, wages being low. Trade in many cases was the scapegoat for this. Brexit was motivated in large part by sort of a backlash against globalization, a backlash against international trade. It may take them some time to work out what their new relationship is going to be. And while they’re doing it, it’s problematic for businesses trying to make investment decisions about exporting, about where to build factories and how many workers to hire. That’ll probably go on for some time.

Q: After the March deadline does the uncertainty go away if there is a deal?

HANDLEY: I think after March 2019 the uncertainty doesn’t necessarily go away because the deal they’ve struck so far is really a preliminary agreement. It’s a deal to finish a deal in the future. We don’t know exactly what shape the next stage is going to take. In some respects, you could argue that if they run up to 2019 and Parliament rejects the deal, that would resolve the uncertainty.

Q: Is this similar to the situation the U.S. may be creating with NAFTA renegotiation?

HANDLEY: The value of trade agreements is they have these permanent policy commitments that promote business investment and exports. When they become temporary agreements, they aren’t as valuable as they once were. That’s one thing that worries me. Whatever relationship the U.K. has with the EU may not be as stable as it once was. What concerns me with respect to the U.S. is that we are renegotiating NAFTA. We are threatening from time to time that we will leave the World Trade Organization. When you do that, it undermines those organizations and they aren’t as effective as they once were. If the new international world order is one where these international trade agreements are not as respected, then we are in an environment that is not as favorable to business and economic growth overall.