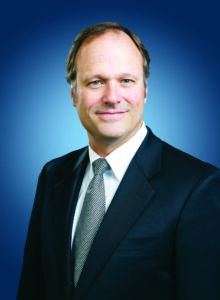 Q: How do you expect the public debate on climate change to shift in the coming year?

HOFFMAN: The public debate over climate change is changing right now in some very interesting ways. Until now, the focus has mostly been on the science, and that allows people to create some psychological distance between themselves and the issue: “It’s gonna happen to somebody else, some place else, far into the future.” And the discourse now is starting to shift, saying, “It’s happening to us, and it’s happening right now and here.” The debate has been engaged and it will continue. It will have staying power.

Q: Will the political shift in Congress affect the way that the federal government responds, or doesn’t respond, to climate change in 2019?

HOFFMAN: I don’t see any climate bills coming forward with this administration and this Senate. It’s just not going to happen. I’m very curious to see if this becomes an issue that the Democrats exploit in the next presidential election. Certainly, as more and more people start to accept that climate change is real, the calculus, particularly among conservative Republican politicians, is: “If we come out on this issue, our base is gonna hurt us.” I actually wonder whether that calculus is now wrong and it just requires someone with some courage to test it and find out.

Q: How does the corporate sector fit into all this? Will the market start to make the necessary shifts?

HOFFMAN: Despite what’s happening in Washington, many in the corporate sector are moving forward on these efforts anyway. They recognize the future―that the market will adjust. Inaction will become more costly―driven, for example, by insurance. Insurance payouts are on a steady upward trend. Companies are going to be paying out for that coverage, or changing their practices in order to minimize the need for that coverage. The corporate sector is much more pragmatic than just following the whims of political expediency, and they’re driving this.

Q: Are market shifts going to be enough in the long run to offset major climate change?

HOFFMAN: In many ways, no. They’ll slow the velocity at which we’re running into a brick wall, but they will not reverse direction. That requires a fundamentally different way of thinking about the problem. The system as designed will not get us to address this grand challenge. The system has to be changed, and companies are trying to tackle that now. That’s our great challenge in business sustainability: how to change the system. For example, instead of finding ways to reduce carbon, the challenge that many (such as Toyota, WeWork and others) are taking on is how to go carbon neutral and even carbon negative. That requires a whole new way of thinking, one that involves not just changing one company, but changing the system in which it resides.

We are in the midst of a cultural shift akin to the Enlightenment or the Scientific Revolution. Those took a hundred years to happen, but from beginning to end, there was a fundamentally different shift in how we thought about ourselves and the world around us and how the two relate. We’re in the midst of that shift now.