Forecast 2019: Gender and the ‘nice’ penalty at work 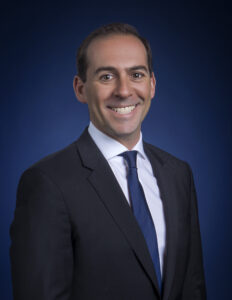 David Mayer is a professor of management and organizations at the Ross School of Business. He researches and teaches about social and ethical issues in organizations. Much of his current work focuses on gender, especially from the lens of men and masculinity.

Q: How are “nice guys” penalized at work?

MAYER: We know there are stereotypes of men and women at work. When women display behaviors that are inconsistent with the feminine stereotype, they are less likely to be hired and are viewed as less competent. We’ve seen the same type of backlash with men. Some research shows that when men are more agreeable and nice, they earn 18-percent less over their lifetime than men who are more dominant.

Q: That seems like a high price to pay for being nice, but they still make more than the average woman, right? Do both genders have to have certain qualities?

MAYER: This is definitely not a “woe is me” moment for men in organizations. Men are more likely to be represented at high levels of leadership and they make more money on average compared to women. It’s less about being male or female and more that these stereotypically “feminine” characteristics including compassion, humility, kindness and being relationship-oriented are ones that lead to better mentoring and leader effectiveness.

The key takeaway is understanding the qualities of effective leaders and how can we train both men and women to enact those qualities.

Q: How can nice guys be seen as more competent in the year ahead and what can organizations do?

MAYER: What are implications for men who may be nice guys and also for organizations who want to encourage this behavior from men? A lot of people think about someone like Steve Jobs, who many people said was so effective because of his harsh personality. I think more and more people are concluding that he was successful in spite of that personality. Men and women still have to lead with confidence, but over the long term, behaviors like empathy, morality and supporting gender equality are not only the right thing to do but are also beneficial for male leaders.

There are things organizations can do. What if the type of behaviors you actually wanted were encouraged when managers are trained? Also when we think about who gets promoted, these behaviors are critical to consider. Is this a place where you can act like a jerk and still get promoted? I’ve asked my students about their work experience and about 80 percent of them say, “Yes, that is my lived experience.” I think it’s something we can change as we look into the future.

Q: Women make a lot less than even the nice guys. Do you see that changing at all as men are allowed to take on some of the feminine qualities at work?

MAYER: I think this might be a longer path. I think you will see a lot more male leaders embracing gender equality with regard to pay. But we don’t quite have a societal shift yet on the socialization of boys and girls and men and women. Girls are being encouraged to code and going into STEM fields. We aren’t seeing the same for boys. We aren’t encouraging them to be teachers or go into helping fields.

Women are really leaning in more. Research shows that over the last 40 years, women are becoming more stereotypically masculine and a little less feminine. They are adapting to workplace norms. If you look at men, it’s two flat lines. They don’t seem to be adapting much at all. Part of it is this socialization piece just hasn’t taken off for boys in the same way it has for girls.

Q: Tell me of a male leader who you think really gets it right.

MAYER: I think of someone like Tim Cook from Apple who seems more willing to talk about social issues—even issues related to gender. He seems to have a personality type that doesn’t necessarily fit with this domineering approach, but more like someone who is calm, reasonable and feels comfortable advocating for fairness, anti-discrimination and gender equality.