Michigan students debut as interns in the World Cup

ANN ARBOR—Four University of Michigan students will take part in the FIFA World Cup this summer—not as players, but as sport management interns.

The team from the U-M School of Kinesiology will travel to Russia next week to gain career experience at the biggest sporting event on the planet. It will be the first time that U-M students will officially work as interns at the World Cup.

Together with 15,000 other volunteers from all over the world, the U-M students will work in different aspects of the international sport industry, across 54 matches played in 12 stadiums in 11 host cities in Russia.

“This most unique and intense experience will provide them a better perspective on how sports work on a global scale,” said Ryan Olthoff, internship coordinator for the sport management program at the School of Kinesiology. “It would be difficult to find another opportunity where our students would be surrounded by a more diverse group of people, all working together.” 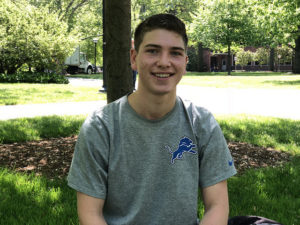 Marcus Cook will work as a hospitality volunteer, helping fans throughout the World Cup.

Sophomore Marcus Cook is counting down the days, maybe “the minutes,” for the balls to start rolling in Saransk, the city where he will be for about three weeks.

“When I heard about this opportunity, I decided to apply right away,” he said. “We will learn a lot and see how big sporting events operate. This soccer tournament is the world’s most widely viewed competition and I am so excited to be part of it.”

Cook will work as a hospitality volunteer, helping fans throughout the World Cup.

“This is the field I want to be involved in when I graduate, so I will take advantage of this moment and learn as much as possible,” he said.

Going into her senior year, Yuliya Ivanova will work as a volunteer manager, in Moscow. The Russian native will use her fluency in the host country’s language to train and supervise other volunteers.

“I have no other experiences at big sporting events and am very excited,” she said. “I’m expecting a very busy but extremely fun couple of weeks.”

Thirty kinesiology students applied for the internships that Olthoff set up with FIFA. In addition to the unique experience, students will get academic credit for the work they do.

“I hope the School of Kinesiology can continue this partnership with FIFA,” Olthoff said. “We are already planning on sending students to the Women’s World Cup in France next year.” 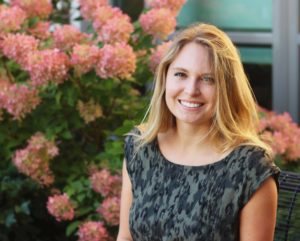 Riley Nelson will work in media relations during the World Cup.

A recent graduate of the School of Kinesiology, Riley Nelson will be in Samara, another host city.

“I will work in media relations, which is a field I want to go into, so I’m really excited to see the work being done on such a big scale,” she said.

The World Cup will be her second championship experience. During her senior year, Riley worked for Michigan Hockey and was able to travel to the Frozen Four with the team.

“I am pursuing a career in the hockey industry,” she said. “However, if I make connections while in Russia, I’d be happy to start my career working in soccer. I played the sport for 12 years and love it.”