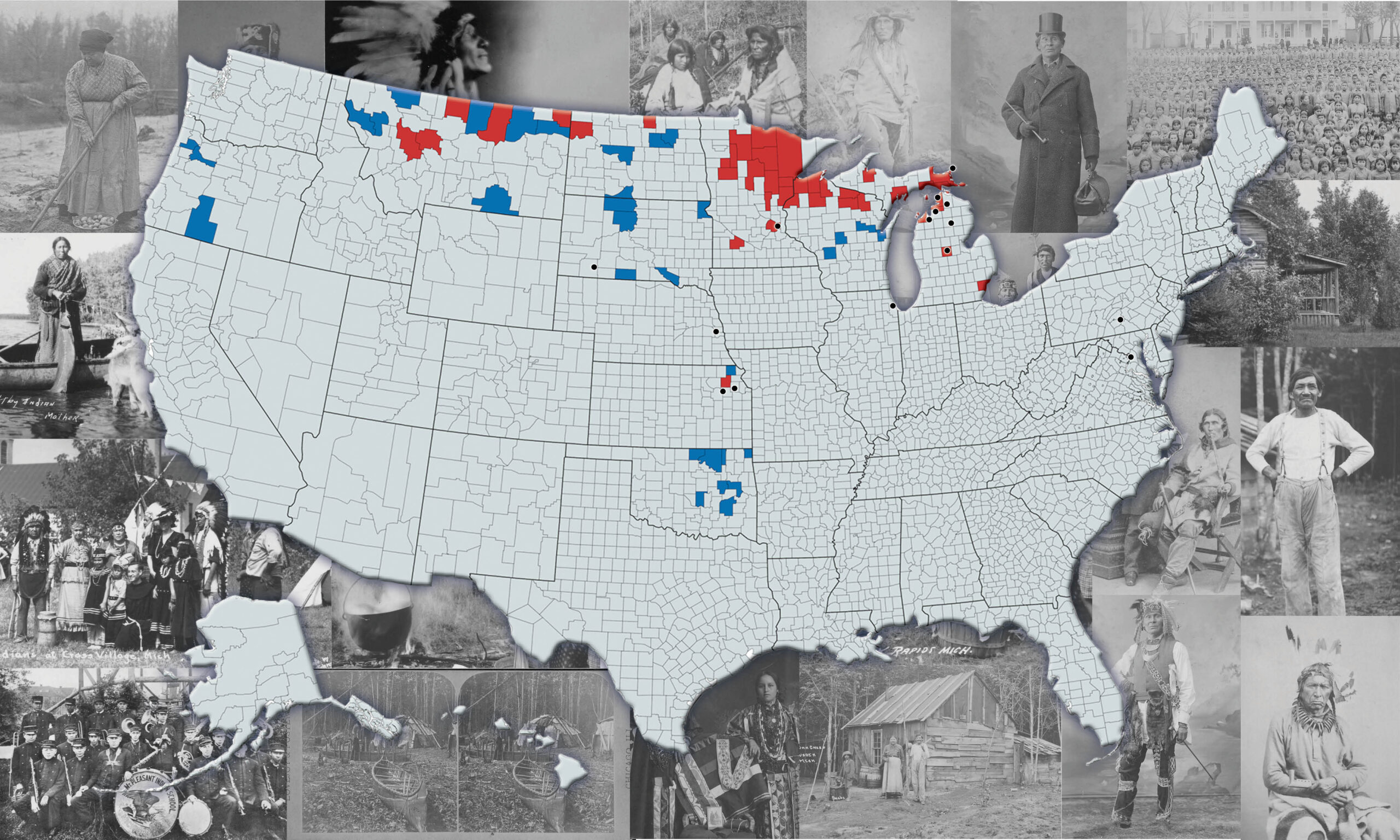 Photography can be a tool of colonialism, as well as a tool of sovereignty and self-identification.

With this principle at heart, the student creators of a new online exhibition investigate the complex balance between violation of privacy and the quest for self-identification felt by Native peoples during the early era of photography.

Drawing from the recently acquired Richard Pohrt Jr. Collection of Native American Photography at the University of Michigan’s William L. Clements Library, the exhibition asks visitors to first consider questions of consent and agency, guiding them through “reading” photographs in order to deduce revealing aspects of their content, meaning and use over time.

The exhibition, “‘No, not even for a picture’: Re-examining the Native Midwest and Tribes’ Relations to the History of Photography,” is now online.

This online exhibition focuses on the Anishinaabe people, and is one of many projects that will emerge from the Pohrt Collection.
Clayton Lewis

“The Richard Pohrt Jr. Collection of Native American Photography covers a lot of ground with over 80 tribes represented, each with their own history and culture,” said Clayton Lewis, curator of graphic materials Clements Library. “This online exhibition focuses on the Anishinaabe people, and is one of many projects that will emerge from the Pohrt Collection. We chose this subject as we are on historically Anishinaabic land here in Michigan and there are surprising stories within this tribal history that need to be better known.”

The exhibition title derives from an excerpt from an 1891 photographic journal, in which a photographer admits he has “coaxed” his Native subject into a pose, assuring him no one will see it, but ultimately publishes the photo for an international audience.

Early American photographers—whether employed by the U.S. government, professional photographic companies or one of the many individual itinerants crossing the continent—were motivated by curiosity, adventure and money. Photographers sought images that recorded the people and events of the new frontier and could be sold within an expanding market eager for those stories.

From the mid-19th to the early 20th century, the practice of photography expanded, with photographic styles and practices setting visual trends, forwarding stereotypes and maintaining myths. Throughout the same decades, 20 new states joined the Union, including Michigan, Wisconsin and Minnesota—leading to the assimilation and displacement of countless Native populations.

“Our student interns brought a heartfelt personal perspective to this project, and I am proud that they addressed some of these difficult and complex issues directly,” Lewis said.

Focusing on the Anishinaabe people of the Great Lakes region and beyond, the exhibition examines the photography that recorded the people, molded stereotypes and illustrated myths of this important time.

Accompanied by a glossary of relevant terms, the exhibition consists of seven nonlinear sections that each focus on aspects of the relationship between Native people and the mostly non-Native American photographers who produced images of them. Sections include:

The authors explain: “…this exhibit is thematically rooted in questions of consent, agency, myth-making and representation. We hope that this exhibit shows the production and circulation of images of Native Americans as one vital piece in a larger, ongoing battle over sovereignty and recognition.”

All materials represented in the online exhibit are from the Clements Library’s Richard Pohrt Jr. Collection of Native American Photography unless otherwise noted.

This project was made possible by funding from the Frederick S. Upton Foundation.