Robot, you can drive my car: Majority prefer driverless technology 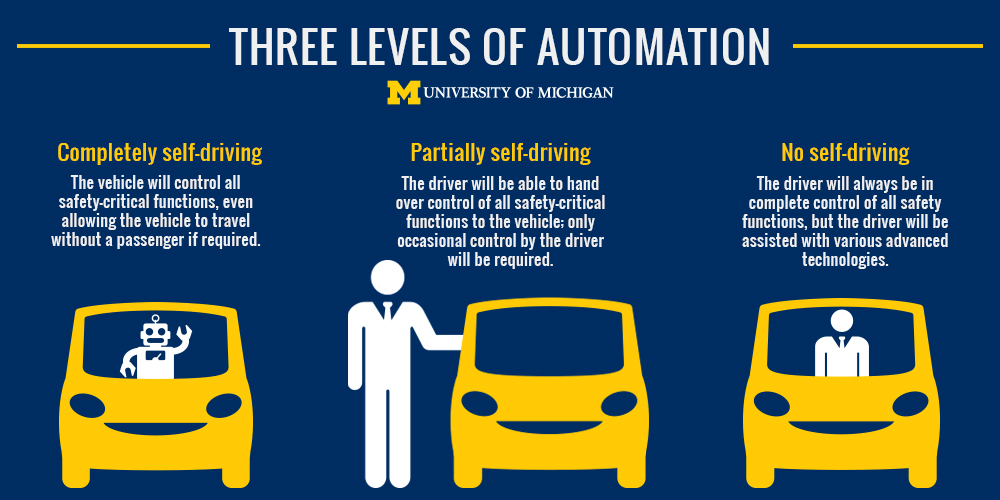 ANN ARBOR—While only a small percentage of drivers say they would be completely comfortable in a driverless car, a sizable amount would have no problem as long as they retain some control, according to a University of Michigan report.

Male drivers and drivers under 45 are more likely to favor partially or completely self-driving vehicles, the researchers say.

“Self-driving vehicles are often discussed in regard to their potential safety, energy-consumption and environmental benefits, or the existing technical challenges that must be overcome for their successful implementation,” Schoettle said. “However, less attention has been paid to considering the actual level of automation, if any, that drivers desire in their vehicle.”

While about two-thirds of those surveyed said they are at least moderately concerned about riding in completely self-driving vehicles, that percentage drops to less than half for partially self-driving cars. Women and those 45 and older are more apt to have concerns with either level of automation.

According to the U-M report, nearly all respondents (96 percent) would want to have a steering wheel and gas and brake pedals available in completely self-driving vehicles.

As for partially self-driving vehicles, 59 percent of those surveyed said they prefer a combination of three warning modes (sound, visual, vibration) to notify drivers when to take control of the vehicle. About 19 percent thought that sound and visuals would be enough.

Schoettle and Sivak defined the three levels of automation as: