Teen use of illicit drugs decreased in 2021, as the COVID-19 pandemic continued 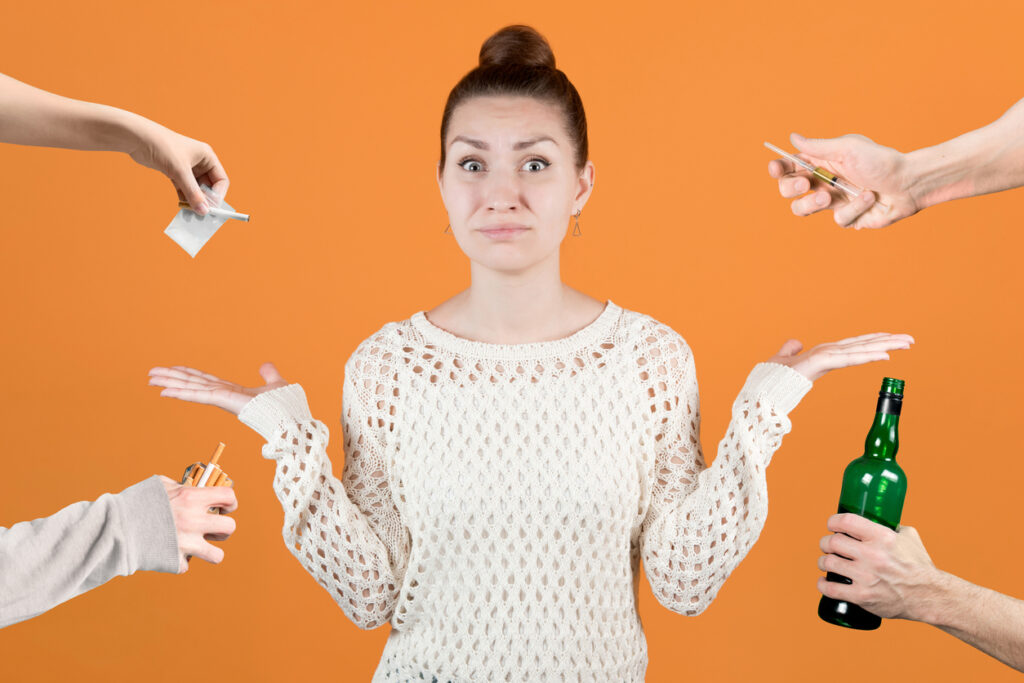 Declines in adolescent use of illicit drugs reported in 2021 were the largest and most sweeping ever recorded in the past 46 years, according to the Monitoring the Future study.

The percentage of youth who had ever used any illicit drug other than marijuana decreased by more than 25% in 2021. Specifically, in 12th grade this percentage was 27% smaller in comparison to the previous year, in 10th grade the decline was 31%, and in 8th grade the drop was 30%.

Significant declines in use took place across a wide range of drugs, including cocaine, hallucinogens and nonmedical use of amphetamines, tranquilizers and prescription opioids.

“As a result, this year, it appears that a sizable portion of adolescents have not used drugs who otherwise may have done so. Will these declines stick with these cohorts as they age? It is possible that this delayed onset of drug use will lower these adolescents’ levels of drug use for the rest of their lives. This could be the case if delayed drug onset reduces their involvement with peer groups that encourage drug use, and/or these adolescents have been spared psycho-neural changes that increase their susceptibility for future drug use.

“In contrast, it is also possible that these declines will be fleeting, and drug use may surge among these adolescents once they are free of the constraints imposed by the pandemic. In the coming years, we will find out as we continue tracking the drug use patterns of these unique cohorts.”

Declines also took place among the three most commonly used drugs in adolescence—marijuana, alcohol and vaped nicotine. In 2021, the proportion who had ever used marijuana (which is not legal for youth under age 21) was down by 12% in 12th grade compared to the previous year, falling to 39%. In 10th grade, the proportion dropped 34% from the prior year’s level, to 22%. In 8th grade, the decline was 31%, down to 10%.

Monitoring the Future also asked students how their drug use had changed since the start of the pandemic in spring 2020. Students who reported using a drug in the past 12 months in 2021 were asked if their use of it had decreased, stayed the same or increased since the pandemic began.

Teens who had vaped nicotine in the past 12 months reported that their levels of use had not changed since the start of the pandemic, a finding present in 8th, 10th and 12th grade. This suggests that cessation did not play a large role in the substantial, overall declines in past 12-month nicotine vaping in 2021, Miech said. Instead, the declines likely stem from fewer initiates to nicotine vaping in 2021, as indicated by the large declines in lifetime use.

Students who had smoked or vaped marijuana in the past 12 months reported that their levels of use since the start of the pandemic had not changed in 8th grade, and actually went up slightly in 10th and 12th grade. Miech said this indicates that cessation did not play a large role in the substantial, overall declines in past 12-month marijuana use in 2021. The decreases, instead, are likely the result of fewer initiates to marijuana smoking and vaping in 2021, as evidenced by the large declines in lifetime use.

Students reported a drop in use of other drugs, among those who had used them in the past 12 months. These drugs include alcohol, cigarettes, marijuana edibles and nonmedical use of opioids, sedatives, tranquilizers and amphetamines. The results suggest that both cessation and decreased initiation contributed to the 2021 declines in use of these drugs.

As a whole, students reported significant increases for each of these mental health measures, in all three grades. These results point to pandemic-related mental health issues among adolescents that require consideration by parents, schools and all people who work with adolescents, Miech said. In addition, the findings raise the possibility that the pandemic may leave a lasting impact on the mental health of today’s adolescents, even after the pandemic recedes.