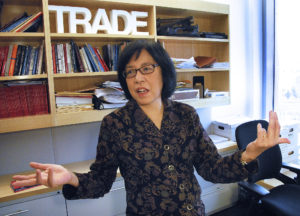 Linda Lim, professor emerita of corporate strategy and international business at the Ross School of Business, focuses her research on the political economy of multinational and local business in Southeast Asia. That includes the changing international trade and investment environment, and the influence of domestic politics, economic policy and culture on business structure, strategy and operations.

“The ongoing U.S.-China trade war, at its deepest and most consequential, is a struggle over different visions of economic governance and models of technological innovation in a globalizing world economy. The trade war now underway serves the goals and interests of neither country and will inflict significant damage on the world, calling into question the claim of both to global leadership.

“China is strategic, consistent and long-term, whereas President Trump is impulsive, driven by short-term interests and believes inconsistency gives you a negotiating advantage. China is looking to develop industries of the future, like robotics and artificial intelligence, while Mr. Trump is focused on regaining industries of the past, like coal and steel.

“Unfortunately, other administration policies like trade protectionism, the turn away from multilateralism and preferential trade agreements, threats to micro-manage, regulate and even punish private investment decisions, increased restrictions on inward (and possibly outward) investment and on legal immigration, particularly of skilled individuals, will undermine U.S. innovation, which has always been based on the (relative) freedom and openness of private enterprise.”

“President Trump is meeting with the U.S.’ NATO allies at a most unpropitious time for the Western alliance.  The most important cause of this discord is the President’s erroneous belief that European countries’ trade barriers cause the U.S.’ trade deficit with them, justifying the tariffs he has imposed on imports from Europe into the United States. Trump’s ongoing trade war with China also adversely affects European countries, especially Germany, whose businesses are caught in the cross-fire.” 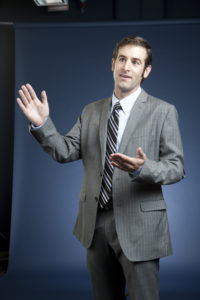 Kyle Handley, assistant professor of business economics and public policy at the Ross School of Business, is an expert on how trade policy, geography and uncertainty affect firms.

“Today’s strong economy has grown in large part from U.S. leadership to secure commerce through treaties like NATO and to create robust and stable trade agreements,” he said. “Rejecting cooperation and threatening allies with trade sanctions when the economy is doing well will diminish the effects of U.S. leadership and the prospects for cooperation in the next economic downturn or crisis. So confidence that the U.S. will emerge from trade wars and diplomatic disputes without doing economic harm reflects ignorance of how the rules-based trade system has underpinned much of U.S. and global economic growth.

“The current international trade system is built on the idea that sustained commitments to cooperation make all participants better off by promoting trade and encouraging business investment. International cooperation was tested in the financial crisis, but commitments to open trade were maintained by the G-7, G-20 and World Trade Organization members to provide an insurance policy on global growth.”