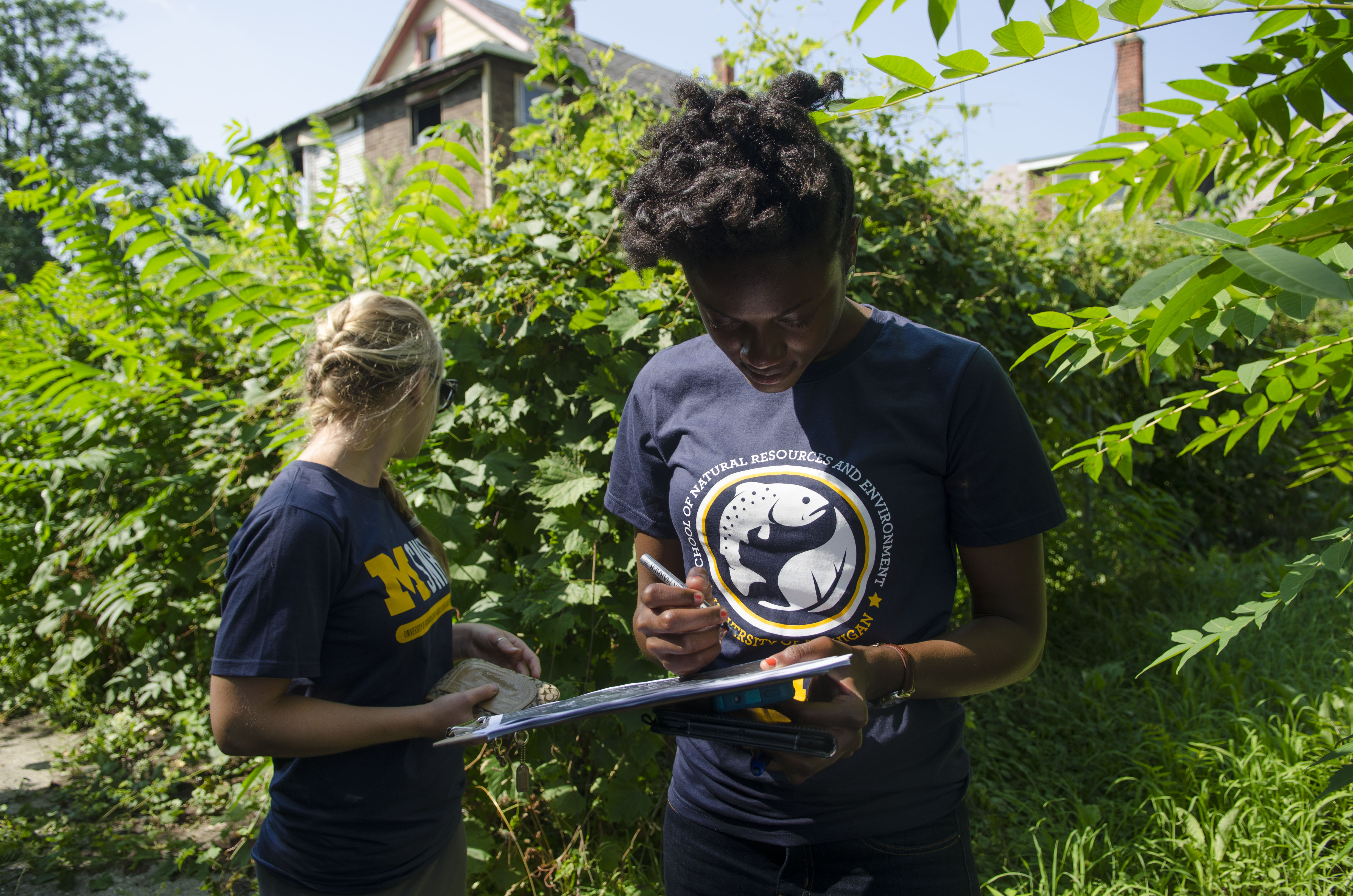 ANN ARBOR—As neighborhood and city planners design ways to reuse vacant land in cities like Detroit, a researcher at the University of Michigan is urging them to look at the footpaths of people who already live there—literally. 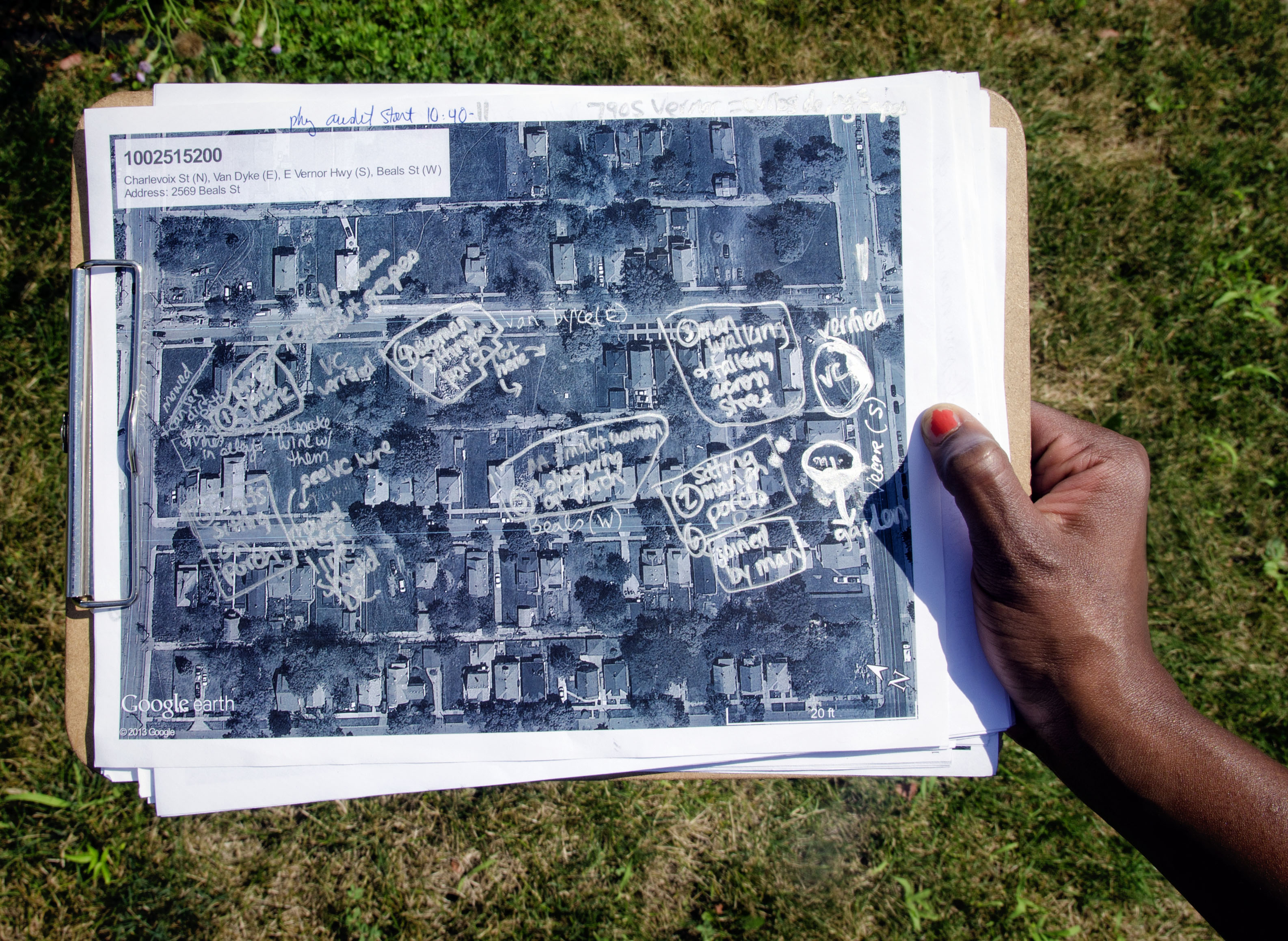 A marked-up aerial image of a Detroit neighborhood used as a guide to identify footpaths and buildings in 2013. U-M students drove around the block several times, documenting site characteristics. Their observations were later entered into a GIS database. Image credit: Dave Brenner, School for Environment and Sustainability

They discovered a 70% decline in the total length of footpaths on Detroit’s far east side between 2010 and 2016, with almost half of the lost footpaths on publicly owned land.

The reasons for the changes varied by neighborhood. Sometimes, new land ownership meant fences and development on land that was once vacant. Other times, the land where the footpath once stood became unkempt and so overgrown that it was unusable even for a footpath.

In all, 758 Detroit footpaths were lost over the six years, and 99 new ones were created. The study’s findings are featured in the September issue of the journal Landscape and Urban Planning.

“When traveling in Detroit, doing work on urban gardens, I was struck by all the footpaths,” said Newell, associate professor at U-M’s School for Environment and Sustainability and in the Program in the Environment. “There is so much vacant land, we are not going to be able to develop or simply enclose all of it … so why not think about reaffirming and formalizing how people are already using these spaces?”

Detroit boasted a 1.9 million population at its height but as of 2016 numbered 670,000 residents. Such a massive exodus of people and employers has led to blocks and blocks of city land with few houses or even buildings. About 23 square miles of vacant land exists in Detroit, which is roughly equivalent to the entire island of Manhattan. 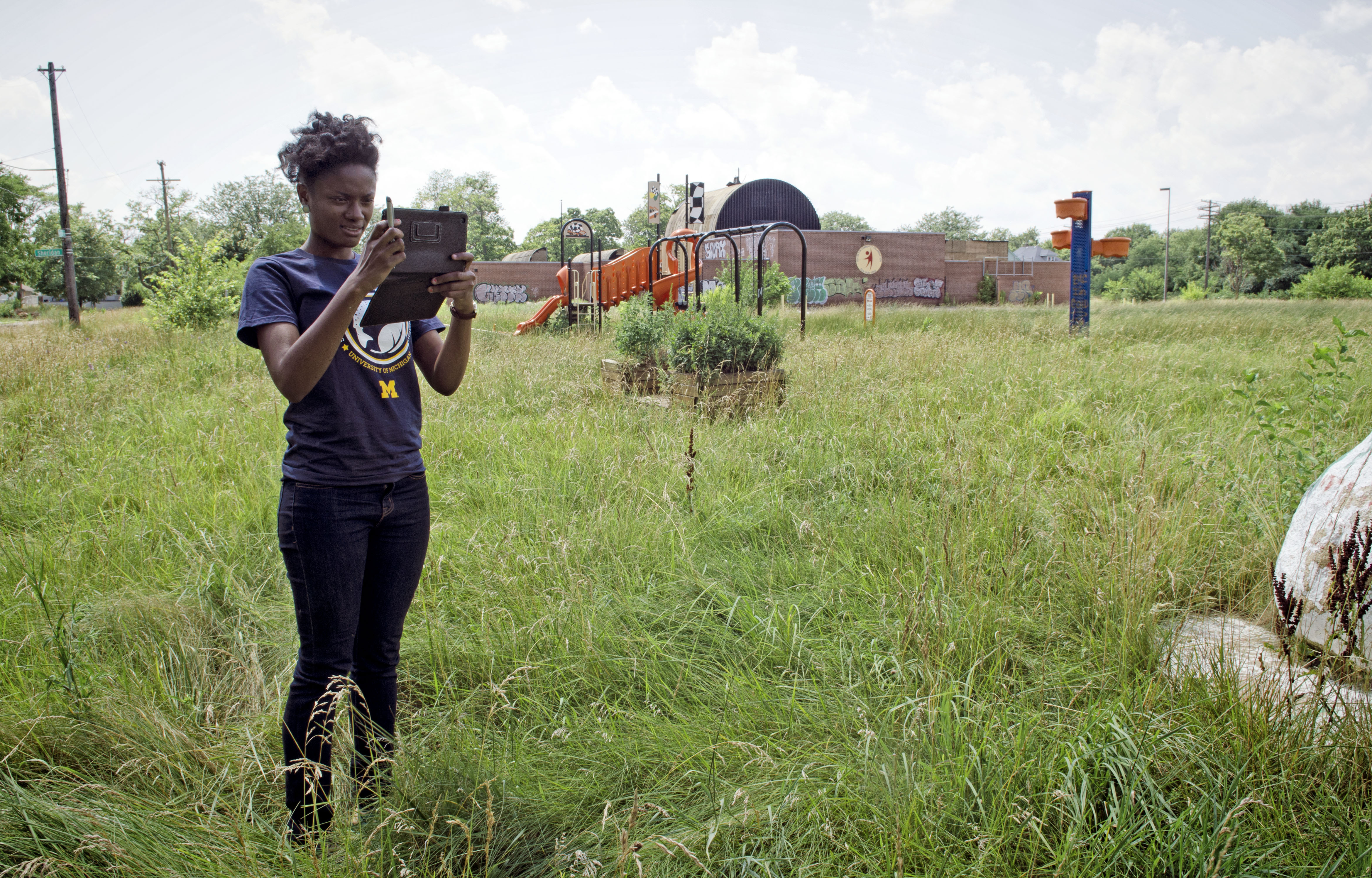 Jasmine Omeke photographs footpaths across an abandoned school yard on Detroit’s east side in 2013. Image credit: Dave Brenner, School for Environment and Sustainability

These vacant parcels are spread throughout the city’s roughly 140 square miles, and the footpaths are residents’ way of dealing with this reality, creating shortcuts to school, bus lines and other places they need to go.

“These paths are the neighborhoods expressing their desire for how the land should be used by walking across it.”
Joshua Newell

This idea of people creating footpaths that become official roads is not new. Many of the paved roads in Michigan can trace their origins as pathways made by Native Americans before European settlers arrived.

Yet with many of Detroit’s footpaths in neighborhoods of greatest poverty, highest numbers of minorities and largest percentage of vacant land, the issue is a matter of social justice, Newell says.

And when the paths disappear, as happened in Detroit’s lower east side because of changes in land ownership and path abandonment, there is lost opportunity to use the land in an organic way, including the voice and wishes of the people who already live there.

“These paths are the neighborhoods expressing their desire for how the land should be used by walking across it,” Newell said.