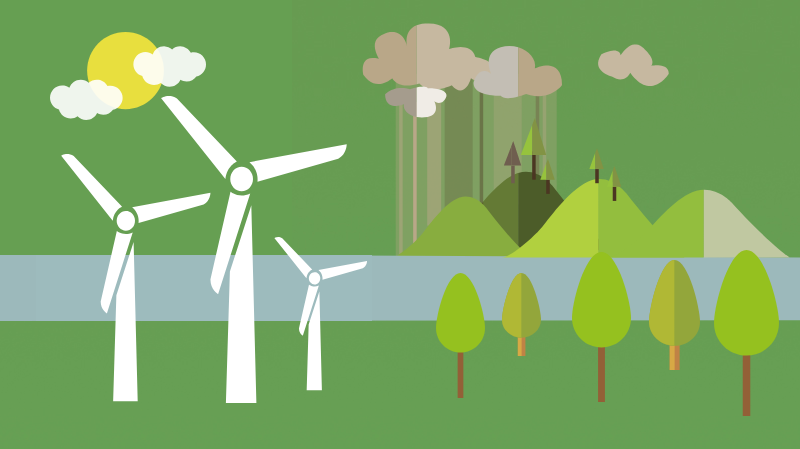 One of the hottest topics in current public debate is the Green New Deal. The plan outlines ambitious goals for a more sustainable country by eliminating carbon pollution, expanding transportation alternatives, and more. 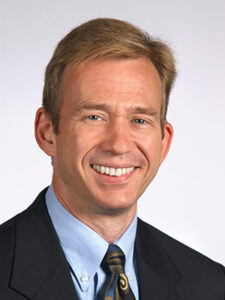 Tom Lyon, a University of Michigan professor of business economics and public policy and professor of environment and sustainability, shares his point of view on the plan and what it could mean to the business community.

In general, how do you view the concept of the Green New Deal?

Lyon: Well, it’s very poorly defined, so it allows people to project all kinds of things onto it. I see the broad outlines as, one, recognizing that climate change is important and urgent; and two, that our traditional approaches to it have not succeeded politically.
Of course, we’re never going to pass the most expansive version of the plan. I don’t think it makes sense to try and bundle job guarantees, retirement security, universal health care, affordable housing and higher education into one giant bill. Congress can’t agree on any one of these on its own, much less all of them together.

Yet one thing that’s really insightful and interesting about the Green New Deal is it puts political coalitions together in a new way. It addresses the concerns that might have impacted recent election results, like job insecurity and fear of losing manufacturing, while also addressing climate change. The plan speaks to all those concerns in a positive, optimistic way.

Why does the idea of the Green New Deal seem so threatening to some?

Lyon: In its broadest form—with jobs, health care, housing and education bundled together—the vision is so large that it can easily seem overwhelming. In the narrower form that is more focused on climate, I think most of the threat is scaremongering. Also, some like to throw around the word “socialism,” and that scares people.

Climate policy does seem threatening to certain industry segments—but the data suggest it’s not very many. For example, coal is threatened, but coal is dying its own death due to cheap natural gas, wind and solar. In addition, the vast profits of the oil and gas sector will be affected, but people are not suddenly going to stop driving vehicles with internal combustion engines. Cement and chemicals will also be affected. But overall, I think the threat to the economy of taking action on climate change is vastly overblown compared to the threat of not taking action.

One of the key pieces of the Green New Deal is a goal of net zero carbon emissions. Is a tax on carbon the best way to get close to that goal?

Lyon: If your goal is to get to net zero carbon emissions by 2030, or even 2050, the carbon taxes that have been proposed probably won’t do it. However, they will move us in the right direction. The reason we’d like a carbon tax is because it functions on so many different dimensions at once. It encourages people to make their homes more efficient, buy more fuel-efficient cars, drive less, retire inefficient capital equipment, and retire old coal plants that shouldn’t be operating anymore. So it works everywhere at once and it gets everybody on board. But to get a rapid shift toward carbon neutrality, you would need a big carbon tax.

What other strategies do we need?

Lyon: The other thing that economists always emphasize is heavy investment in R&D for clean and renewable energy technologies. We should be increasing those investments.

Lyon: The federal government could support electric vehicle charging stations, particularly on the interstates. The electric grid is outdated and really needs to be upgraded and digitized. High-speed rail could make economic sense in a limited set of places, such as between Houston and Dallas/Ft. Worth.

And expanding transportation options is another piece of the Green New Deal. What else can we do there?

Lyon: For different transportation segments, you need different strategies. For airlines, the best option may be shifting to bio-based fuels, biodiesel or biomethane. For heavy trucking, it’s probably going to be a mix of things, like hydrogen as a carrier for energy, possibly alongside electric trucks. For passenger vehicles, electric is probably the way to go. I also think there are improvements we can make in terms of efficiency at big transportation hubs and ports, for example.

One other piece of the plan is building upgrades. How do we make more of that happen?

Lyon: In new construction, building codes are an obvious tool. And in the commercial building segment, the market incentives for energy-efficient buildings are pretty strong. They have a higher rate of return on investment, they have higher occupancy rates and you can rent them for higher prices, so the market is working pretty well.

Upgrading existing buildings is definitely harder. There are a bunch of energy service companies that provide improved efficiency services to commercial buildings. Some of them are doing very well, but there may be ways that government could help to push that forward. The residential sector is the hardest, since it doesn’t benefit from economies of scale. There is significant potential to drive down the cost of installation, which is now a bigger part of overall costs than the modules themselves.

So are there substantial business opportunities in the Green New Deal?

Lyon: Yes, there are a huge number of opportunities. Manufacturing wind turbines and solar power, retrofitting buildings, developing alternative transportation, all provide vast opportunity. I haven’t seen corporate actors speaking out much on it; I think maybe they’re just trying to not stick their necks out too far in such a highly polarized political environment. But they have to be aware that there’s a big opportunity here.

There are a lot of ways, lately, that the business world is becoming more democratic than our political system. Companies are paying attention to the concerns of large numbers of Americans, regardless of gerrymandering, vote suppression or pressure from single-agenda pressure groups. They see that most Americans support green policies, and they are already moving in a greener direction. I think big business is actually in some ways more attuned to what the people want than our representatives in Congress. That said, although the market is good at pulling leading green companies forward, we still need government to force the laggards to come along.