ANN ARBOR—For the next two weeks, the world’s attention will be focused on Brazil and the Olympic Games. Andrei Markovits, professor of comparative politics at the University of Michigan, believes if Brazilian athletes have a great performance, the country will get a boost and President Dilma Rousseff could be reinstated. 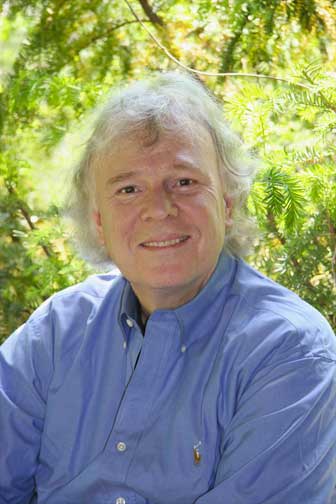 Andrei MarkovitsQ: Brazil was chosen to host this year’s Olympic Games nearly seven years ago. The country’s situation has changed a lot since then. Can Brazil benefit from this mega event at this point?

Rio 2016 will not be an exception. As we know with steroids and with nationalism, there often can be very positive and very negative effects. If the home team does well—which is a good possibility since home field matters greatly at such mega events, and home teams more often than not perform far better than they usually do—there always emerges a feel-good story. These successes often cover up the drudgery of everyday life and quotidian blemishes like political scandals and such of which Brazil has had quite a few in recent months.

Q: So winning some medals can give the country a boost?

A: Sporting success creates an instant high from which all social strata benefit in the short run. Alas, such highs do not last, and when the circus leaves town, the problems will come to the fore once again since they never disappeared in the first place.

However, if the home team does poorly on the track and in the pool—or if the games create organizational and logistical problems—the ensuing embarrassment and anger will be immediate and lead to adverse developments way beyond the realm of sport.

Q: Talking about soccer, after Brazil lost to Germany during the World Cup, Brazilian fans were devastated. Would a medal for the national team really make a difference?

A: If the once-great SELEÇÃO finally wins Brazil’s first gold medal in football—the only trophy in the sport that has eluded this great footballing nation—then Dilma Rousseff’s problems will recede for a few weeks, the ZIKA virus will become less salient, and Brazil will celebrate a feel-good moment on the global stage. However, the deep problems confronting the country will not be alleviated.

Q: Talking about Dilma Rousseff, do you really believe that her political situation can change if the Brazilian athletes have a great performance in the games?

A: My hypothesis is that if Brazil does well, her situation will change. I can bet that Dilma will survive this crisis and she will be reinstated. If Brazil doesn’t meet expectations (I don’t know what they are), if they underperform, it will not look good. The Olympics is how you can walk with your chest high. So again, if the home team does well this will create national pride.

Andrei Markovits co-wrote the books “Offside: Soccer and American Exceptionalism,” “Gaming the World: How Sports Are Reshaping Global Politics and Culture” and “SPORTISTA: Female Fandom in the United States.” He is widely published on various aspects of sports and their cultures. Contact: 734-213-2226, andymark@umich.edu