Why this federal shutdown will hit workers harder

ANN ARBOR—The current government shutdown is different from past shutdowns and could put federal workers with limited savings in dire straits, says a University of Michigan economist. 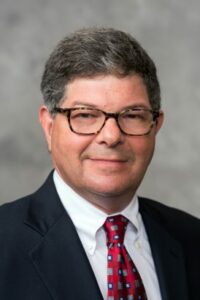 New research by Matthew Shapiro, U-M professor of economics, and colleagues compared the current situation with how individuals responded to a temporary drop in income during the 2013 U.S. federal government shutdown.

“Workers adjusted to the drop in pay by delaying recurring payments such as mortgages and credit card balances,” Shapiro said. “Those with the least liquidity struggled most to smooth spending.”

But because the 2013 shutdown was quickly resolved and workers were paid retroactively, it inflicted little lasting damage on workers, he said.

Shapiro was joined in the research by Michael Gelman, who received his doctorate in economics from U-M; Dan Silverman, a former U-M professor now at Arizona State; and Shachar Kariv and Steven Tadelis of the University of California, Berkeley.

The researchers found that the pay of a typical affected worker was 40 percent below normal during the 16-day shutdown in 2013. The shutdown’s timing meant it shorted pay by four days in one pay period. By the next pay period, government operations had resumed and workers were reimbursed for the lost pay.

“At the time affected workers received the reduced paycheck they knew that the shutdown would be over and their next checks would include the lost pay,” Shapiro said. “In 2013, deferring a mortgage or credit card payment carried little risk because both workers and lenders were fairly sure of prompt payment after the shutdown end.”

But this shutdown is worse, much worse for the 800,000 federal workers, he said.

If the current shutdown is protracted, the expedients of delaying payments could leave affected workers in a deep financial hole.

“If the current shutdown is protracted, the expedients of delaying payments could leave affected workers in a deep financial hole,” Shapiro said.

The timing of the current shutdown means that affected workers received no pay last Friday, and the prospects for ending it remain uncertain.

“With each successive week, the expedients of deferring bills could translate into lasting financial distress,” Shapiro said.